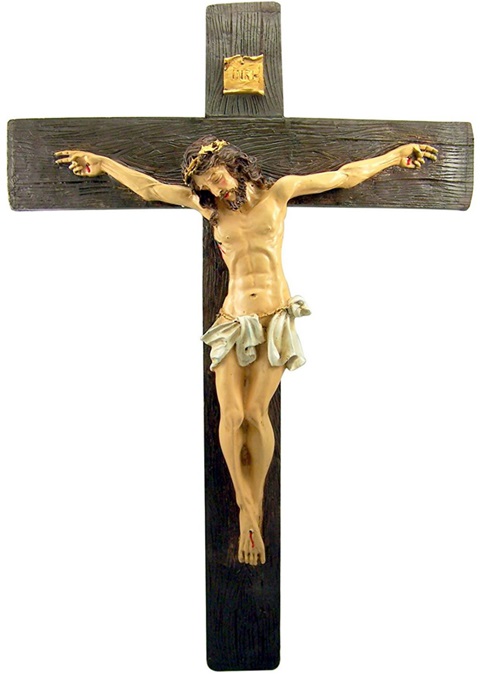 When I say that Christianity and Buddhism complement each other, my main point is that these two religions do not contradict each other. In the following I shall deepen my view with more details.

I am aware that my interpretation of Christianity is not shared by all other Christians. In the same way I read on Wikipedia, that "Buddhism encompasses a variety of traditions, beliefs and spiritual practices largely based on original teachings attributed to the Buddha and resulting interpreted philosophies".

Christianity wasn't a Jewish invention. The origianl Christian scriptures were written in the Greek language. Christianity evolved in the Mediterranean area of Europe, where Greek thoughts, ideas and philosophy dominated. A returning problem in Greek society is illustrated in Greek mythology:

Do you see the re-occurring theme here? It's always the same: A repressive father against his wife and son. The wife and the son make a conspiracy to overthrow the father.

The tragedy about Oedipus is the ultimate expression of this theme: The son kills his father and marries his own mother - and the tragedy is that the son didn't know that they were his parents, before it was too late. But this motive appears in many other Greek stories from antiquity, and it has its root in a patriarchal culture.

Sigmund Freud used the story about Oedipus to develop his psychological theory about the "Oedipus-complex", which is one of the most important components in psychoanalysis, and which is still valid as an explaination of human behaviour in e.g. modern politics: Behind every war and every killing there is always a son, who projects the image of his father on an enemy.

Anyway, Greek philosophy and religion were stuck with a problem: The Greeks didn't have a solution for the Oedipus problem, and as a result society would remain more or less violent. They needed something to soften the culture and civilize the people.

Next entered Jesus on the scene. He was the son of God, and he had the solution to the Oedipus-problem: The son sacrifices himself on the cross to the father. thereby demonstrating to all his followers how to react against any enemy:

"You have heard that it was said,‘Eye for eye, and tooth for tooth.’ But I tell you, do not resist an evil person. If anyone slaps you on the right cheek, turn to them the other cheek also. And if anyone wants to sue you and take your shirt, hand over your coat as well. If anyone forces you to go one mile, go with them two miles. Give to the one who asks you, and do not turn away from the one who wants to borrow from you." (Matthew 5:38-42)

The conflict is solved, peace is established, and yet Jesus also says:

Nope, Christianity isn't easy, there is always another contradiction or mystery to solve and understand!

Sigmund Freud, who re-discovered the importance of the Oedipus myth in Western culture, was a Jew, and even though Freud was born and lived in Europe, his psychoanalysis had the highest success in USA. Question: What's the common denominator here? Answwer: Patriarchy! Judaism is a patriarchal religion, and USA is a more patriarchal society than most European societies. Conclusion: Jesus and Christianity represent the solution to the most urgent problem in a patriarchal society.

One of Sigmund Freud's pupils - the one Freud thought would become his heir - was Carl Gustaf Jung. But Jung soon rebelled against Freud - their confilct is very interesting and described in detail in their biolgraphies - and Jung founded his own branch of psychology, known as "analytical psychology". If Sigmund Freud could be labeled "a fathers boy", then Carl Gustaf Jung could be labelled "a mothers boy". In short, Jung was much more egalitarian in his approach to psychology than Freud. And here comes an interesting point: One of Jung's main inspirational sources was Buddhism, which represents an egalitarian approach to the male-female question.

Do you see my point? If you look at all human civilisations, they tend to be either male-oriented (USA, Southern Europe, Judaism, Islam) or female-oriented (Northern Europe in modern times, Buddhism in Asia) and they develop religion, philosophy and ideas according to their orientation. You should remember that societies are dynamic and keep changing - what was once male-oriented may at a later point in time become female-oriented.) In other words: Christianity and Buddhism complement each other!